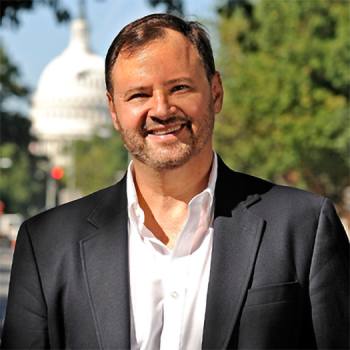 Professor Greenberg, a graduate of GW's School of Medicine, returned to the University after a 23-year hiatus to become Chair of the Department of Epidemiology (formerly Epidemiology and Biostatistics) in August 2005. Deeply committed to cross-cutting partnerships that advance public health, he has developed numerous interdisciplinary initiatives among academic, community and government partners in Washington DC. Currently, Dr. Greenberg is:

Prior to joining the GWSPH, Dr. Greenberg served as a USPHS Commissioned Corps Officer at the Centers for Disease Control and Prevention from 1985-2005, where he provided scientific leadership for domestic and international HIV epidemiologic research. He served as the director of CDC's HIV research station in Cote d'Ivoire from 1993-1997, and Chief of the HIV Epidemiology Branch from 1998-2005.  He was the recipient of the American Public Health Hero Award from Research America! in 2008, the Alvan R. Feinstein Award for Clinical Epidemiology from the American College of Physicians in 2015, and the Sizanani Award from Global Camps Africa in 2018.