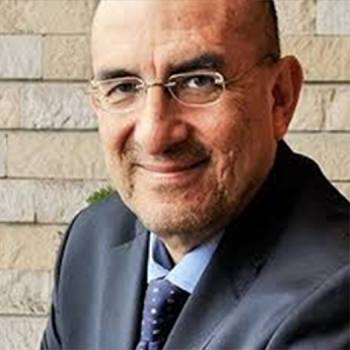 Elmer E. Huerta, MD, MPH is a Clinical Professor of Medicine in the Division of Hematology & Oncology and the GWU Cancer Center in March.

Dr. Huerta earned his Medical Degree at Universidad Nacional Mayor de San Marcos, Peru in 1981. He completed a five-year program in Medicine and Medical Oncology at Instituto Nacional Enfermedades Neoplasicas in Peru in 1985. After emigrating to the United States, he completed a two-year internal residency in Internal Medicine at the Saint Agnes Hospital, Baltimore MD in 1991 and then embarked on a three-year Fellowship in Cancer Prevention and Control at the National Cancer Institute, National Institutes of Health, Bethesda, MD, in 1994. He completed a Master in Public Health at the Johns Hopkins Bloomberg School of Public Health in 1992. Dr. Huerta is licensed in the District of Columbia and Maryland.

Dr. Huerta's experience has developed in two main areas, cancer prevention and control and public education. Until March of this year he was the Founder and Director of the Cancer Preventorium at the Washington Cancer Institute, MedStar Washington Hospital Center, Washington, DC. His pioneering model in cancer prevention and early detection is highlighted by the Innovation in Prevention Award that Dr. Huerta received from the US Secretary of Health and Human Services in 2004. Furthermore, the Cancer Preventorium was the inspiration for the Patient Navigator, Outreach and Chronic Disease Prevention Act (Public Law 109-18) signed by President George W. Bush in 2005. Dr. Huerta has developed a high degree of respect and trust from the Hispanic community at the local, national, and international level through his radio and television educational programs. He is a senior health correspondent for CNN en Espanol and heard daily nationwide and in Latin America.

Dr. Huerta was appointed by President Clinton as Member of the National Cancer Advisory Board in 1998, and was the only Hispanic appointed as National President of the American Cancer Society in 2007.