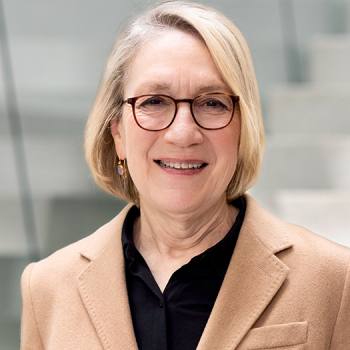 Dr. Goldman, a pediatrician and an epidemiologist, is the Michael and Lori Milken Dean and Professor of Environmental and Occupational Health at the Milken Institute School of Public Health at the George Washington University. Formerly the Assistant Administrator for Toxic Substances at the U.S. Environmental Protection Agency (EPA), where she oversaw the Office of Chemical Safety and Pollution Prevention, she is a renowned expert in pediatric environmental health and chemicals and pesticides policy. She has engaged in translating research to policy through writing policy analyses and via Congressional testimony in service of successful efforts by Congress to achieve passage of reforms both to federal pesticide law (the 1996 Food Quality Protection Act) and federal chemicals law (the 2016 Lautenberg Chemical Safety Act for the 21st Century) as well as legislation to establish California’s Childhood Lead Poisoning Prevention Program.

Dr. Goldman holds a BS and MS from UC Berkeley, an MD from UCSF; an MPH from Johns Hopkins University; and completed pediatric residency training at the UCSF Benioff Children’s Hospital in Oakland. She has received alumna awards from Johns Hopkins University (Woodrow Wilson Award for Excellence in Government and election to the Society of Scholars); University of California San Francisco (UCSF) (150th Anniversary Alumni Excellence Award); and the University of California Berkeley School of Public Health (Alumna of the Year and its Influential Alumni Award).